Predictive analytics is one of the hottest trends in insurance advertising. Here are three things you may not know about it. 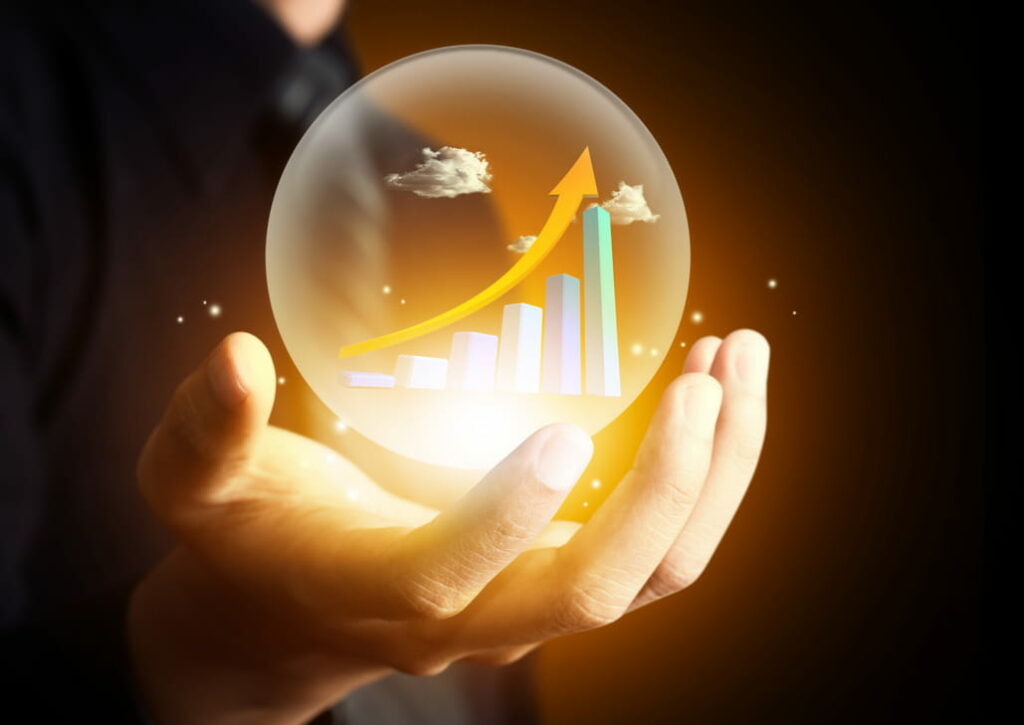 A version of this article was published previously by Carrier Management.

If you’re keeping up with the posts we’ve been publishing on our Articles page, you know that predictive analytics is one of the hottest trends in insurance advertising.

In recent years, insurance carriers have become increasingly sophisticated in how they analyze the data they receive from the online shoppers who visit their websites. This data includes where the shopper is located, which digital channels they arrived from, and whether they requested a quote or purchased a policy—among other details. Over time, a growing number of carriers have become adept at using predictive analytics to unlock new insights that allow them to make smarter and more personalized decisions about how they engage these consumers.

As a refresher, when carriers use predictive analytics, they build an algorithmic model that analyzes their historical data and predicts the behavior of the consumers they will interact with in the future. For instance, if a carrier’s model identifies that a certain group of website visitors is especially likely to purchase a policy, it might predict that future consumers who share the same demographic attributes will convert at a similar rate. Based on this information, carriers can make informed choices about the best ways to tailor their site experience to the needs of these high-value consumers.

But that’s just one example of how predictive analytics is helping insurance carriers maximize the value of every consumer interaction. Here are three key things to know about this growing industry trend.

It’s one thing to identify your most likely customers, but what about the customers who are least likely to convert? Predictive analytics can help carriers effectively monetize these shoppers, as well.

Here’s how it works: When a consumer fills out a quote form on a carrier’s website, the carrier can use its predictive model to determine how likely they are to buy a policy. If the consumer is highly unlikely to covert, the carrier can present offers for other insurance brands on the quote page.

Of course, if the model predicts that a shopper is likely to purchase a policy, the carrier can present a quote page with less prominent listings, or no listings at all.

2. Carriers can use predictive analytics to earn incremental revenue—and it’s up to them to decide how to use it

Using predictive analytics to smartly determine when to show consumers alternative offers can open up a major new revenue stream for carriers. When used correctly, this strategy can help insurance brands recoup as much as 20%-30% of digital marketing costs—in some cases earning them tens of millions of dollars annually.

This new revenue presents carriers with several options. If they want, they can simply deliver the money back to their overall bottom line. Keep in mind, this additional revenue comes without the overhead costs associated with selling a policy. As a thought experiment, it’s useful to consider how many additional policies a carrier would need to sell in order to earn another $5 million, $10 million, or $15 million—not in revenue, but in profit margin. That’s the sort of difference that predictive analytics can make to the bottom line.

Alternatively, carriers can reinvest their new revenue into customer acquisition. For example, imagine that you currently spend up to $100 to acquire a customer. What would happen if you started earning back 30% of your digital marketing costs by better monetizing your website visitors? Suddenly, you’d be able to grow your cost-per-acquisition target by 30%—all the way up to $130. This would allow you to bid more aggressively for each consumer, thereby exponentially increasing the number of new customers you’re able to add. In a hotly contested insurance customer acquisition marketplace, this extra firepower is a major competitive advantage.

In essence, predictive analytics creates a virtuous cycle that makes insurance brands more efficient over time. When carriers use it to identify their least likely customers, they’re able to generate new revenue that they can then use to boost their cost-per-acquisition targets. And when they invest in customer acquisition, each additional bid creates new consumer data points that can be fed back into the model to make it more accurate in its predictions moving forward.

3. Predictive analytics is as much about the data as it is about the science

When people think of predictive analytics, their minds often gravitate toward the complex data science algorithms that are required to implement it. But oftentimes, data science is more about the data than the science. And if carriers aren’t collecting and analyzing the right information, even the most advanced predictive models won’t be able to help them make the right decisions.

Here’s an example: When consumers pursue a quote on a carrier’s website, the carrier collects data about them in two waves. First, the consumer fills out a lead form with their personal and vehicle information, and the carrier gives them an initial quote (or rate call 1) based on that data. If the consumer sees the quote and decides to move forward in the process, the carrier will run a background check to confirm the consumer’s information and then provide a second quote (rate call 2).

Too often, carriers store the data associated with rate call 2, but not the data associated with rate call 1. This means they lose out on pertinent information stemming from the consumer’s self-reported data and the initial quote they were provided. If a carrier doesn’t know which price points are encouraging consumers to request a policy and which ones are pushing them to abandon the process, their predictive model won’t be able to tell them which rate call 1 price points to use moving forward.

For carriers, the key is to be diligent about collecting all of the information surrounding the consumer interaction. Without the right data, it’s hard to get to the right analysis.

As carriers continue to become more sophisticated in how they target and price their most valuable consumers, the marketplace for high-intent insurance shoppers will only become more competitive.

In this environment, predictive analytics gives carriers the insight they need to stay ahead of the curve. When they use a predictive model to monetize their least likely customers, they’re able to create a new, multi-million dollar revenue stream that can be used to grow the bottom line or aggressively expand their customer acquisition efforts. If they choose to use the additional revenue to pursue new customers, they can use their model again to find their most valuable consumers and spend their dollars as efficiently as possible.

At a time when leading insurance carriers are ramping up their investment in data-powered performance marketing, predictive analytics is quickly becoming table stakes for carriers who hope to keep up.

Share
Related Articles
Clicks vs. Leads vs. Calls: What You Need to Know