Clicks vs. Leads vs. Calls: What You Need to Know 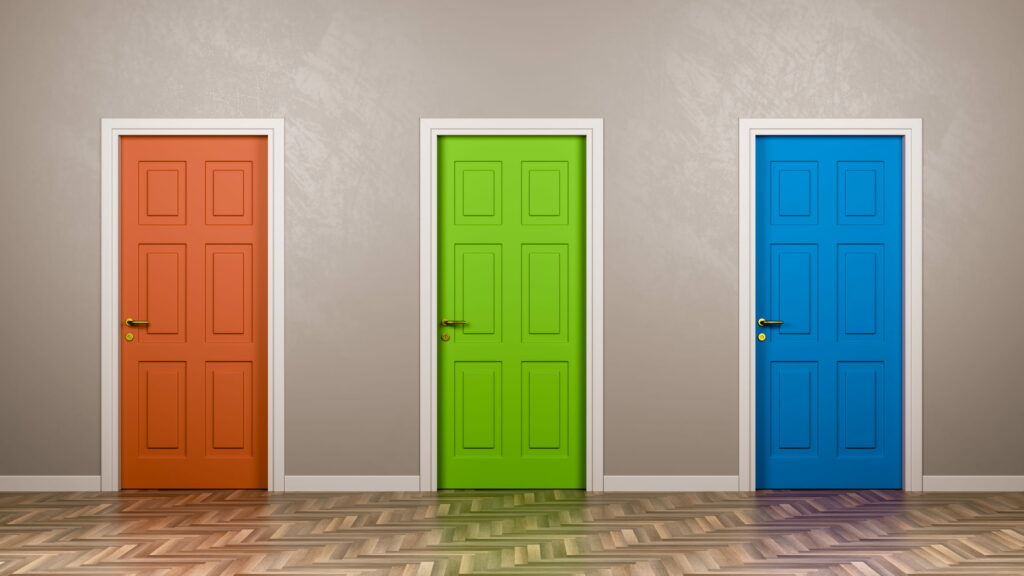 Comparison shopping websites are some of the best places for insurance carriers and agents to find new customers online. After all, if a consumer has taken the time to fill out a quote request form on a website like OfficialCarInsurance.com or The Zebra, it’s a good bet that they’re intent on purchasing a policy soon. In the process of submitting their information, the consumer gives agents and carriers valuable data points about their household, location, and other demographic attributes. This allows agents and carriers to determine which shoppers they would like to connect with.

But once you’ve decided which shoppers you want to pursue, you still need to choose how you’re going to pursue them. After all, there are several different routes carriers and agents can take to offer their target consumers a policy. If you’ve been around the online insurance customer acquisition space for a while, you may have heard these options described as “clicks,” “leads,” and “calls.” And if you’re looking to craft an effective strategy for generating new business, understanding the subtle differences between them is a must.

In this article, we’ll dive into the differences between insurance clicks, leads, and calls so that you can get a better understanding of what each option entails and which ones make the most sense for your business.

But first, let’s start with the basics.

Next, we’ll take a closer look at each option and how it delivers value to agents and carriers.

Clicks are the first opportunity carriers have to connect with the consumer after they fill out the quote form. Once the form is complete, carriers are matched to the shopper based on the information the shopper has provided in the form and the desired audience the carrier is hoping to reach. 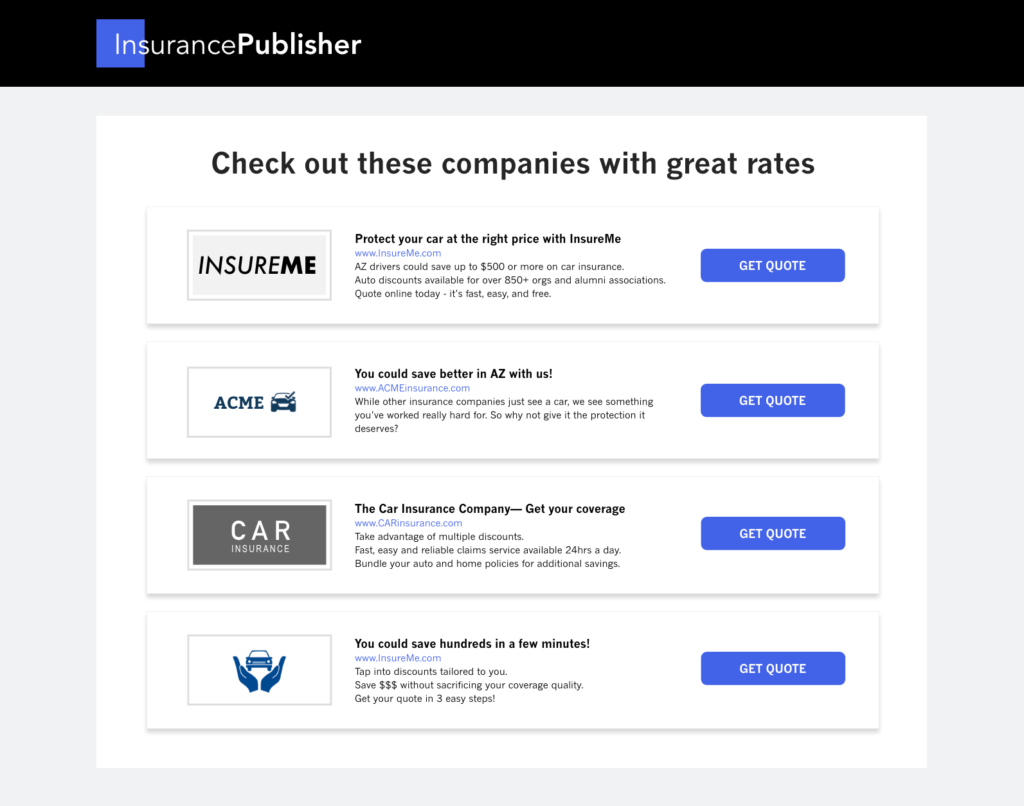 Each time a consumer clicks on one of the listings on the page, they’re transferred to a landing page on the carrier’s website, where they can receive their quote and learn how to purchase a policy. 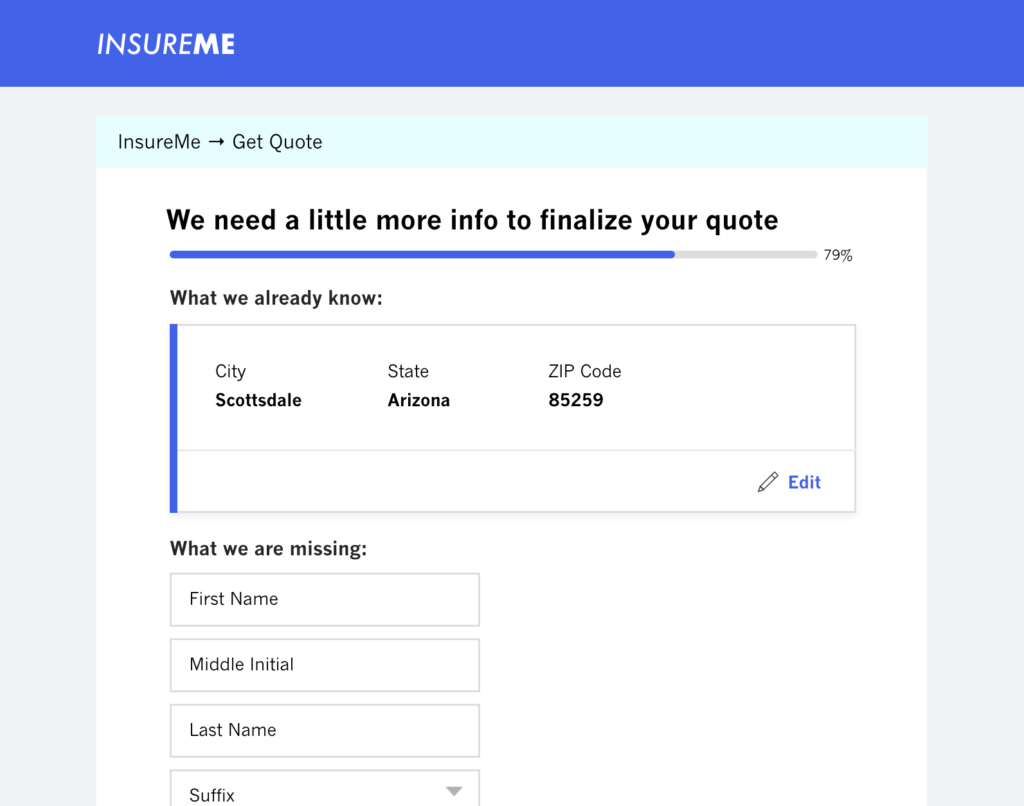 Clicks are valuable to advertisers for several reasons. For starters, they move consumers closer to the point of purchase by bringing them to a place where they can buy a policy online or call a phone number to close the deal.

Another way that consumers are matched to appropriate policy offers is through what’s called a lead. When consumers consent to being contacted by agents and carriers who can offer them a policy, the publisher will share their contact information with a select group of carriers or agents who would like to give them a quote.

In either case, it’s important for agents and carriers to connect with the shopper as soon as possible—before they purchase a policy somewhere else. Traditionally, insurance businesses have relied primarily on phone calls and email messages to do this. But recently, carriers and agents have begun appealing to on-the-go consumers by supplementing their calls and emails with text messages, instant message chat, and offers to schedule a phone call for a later time.

Leads allow agents and carriers to connect with shoppers one-on-one, making them an especially valuable option for agents who rely on a personal touch to earn new business.

One of the biggest challenges agents and carriers face when working with leads today is that shoppers have become less likely to pick up unexpected phone calls than they were in the past. Calls help overcome this hurdle by allowing a carrier or agent to pick up the phone and talk to a live shopper who is looking to buy a policy. Usually, calls are generated in one of two ways.

The first is when a consumer calls a phone number that can be listed on the mobile search results page for a comparison shopping site, or on the website itself. Either way, the publisher will often use an automated service to ask the shopper several qualifying questions, before transferring them to an agent or carrier representative who has expressed interest in speaking with them.

Because these callers have not filled out a quote form, carriers and agents will need to gather more information from the shopper over the phone. However, the consumer’s decision to call the phone number signals that they’re highly intent on purchasing a policy.

The other call scenario occurs after the consumer’s information is shared with select agents and carriers as a lead. If there’s a leg of a lead that has not been distributed, the publisher might choose to call the shopper themselves. And if the shopper indicates that they’re still interested in receiving a quote, they’ll be transferred to a carrier or agent who has paid the referring website to speak with them.

These calls come with the benefit of the information the consumer has filled out on the quote page, which carriers and agents can use to connect with the right consumers.

There’s no right or wrong way to acquire new insurance customers—it’s all about finding the mix of clicks, leads, and calls that works for you

Hopefully, this breakdown of insurance clicks, leads, and calls has given you a deeper understanding of how different kinds of insurance prospects are generated.

What’s important to remember is that there’s no one “right” approach to finding the best insurance consumers. Certainly, many carriers and agents use a mix of several of these tools. What matters most is that you’ve taken time to analyze your business needs and the performance of your past customer acquisition efforts to develop the game plan that will best allow you to achieve your company or agency’s unique business goals.

If you’re interested in developing or optimizing your own approach to insurance clicks, leads, and calls, reach out to your client success manager to set up a meeting. And if you’re not already a MediaAlpha customer, you can always schedule a demo with us to learn more.